No Acceleration of Global Sea-Level, II

Stuart Rintoul, in The Australian, reveals that despite our Government’s hysterical claims that the world’s sea-levels will rise alarmingly, a government expert explains that the rises are decelerating.   In “Sea-level rises are slowing, tidal gauge records show”, Rintoult writes:

One of Australia’s foremost experts on the relationship between climate change and sea levels has written a peer-reviewed paper concluding that rises in sea levels are “decelerating”.
The analysis, by NSW principal coastal specialist Phil Watson, calls into question one of the key criteria for large-scale inundation around the Australian coast by 2100 – the assumption of an accelerating rise in sea levels because of climate-change.
Based on century-long tide gauge records at Fremantle, Western Australia (from 1897 to present), Auckland Harbour in New Zealand (1903 to present), Fort Denison in Sydney Harbour (1914 to present) and Pilot Station at Newcastle (1925 to present), the analysis finds there was a “consistent trend of weak deceleration” from 1940 to 2000.
Mr Watson’s findings, published in the Journal of Coastal Research [...] supports a similar analysis of long-term tide gauges in the US earlier this year.  Both raise questions about the CSIRO's sea-level predictions.
Climate-change researcher Howard Brady, at Macquarie University, said yesterday the recent research meant sea levels rises accepted by the CSIRO were “already dead in the water as having no sound basis in probability”.
“In all cases, it is clear that sea-level rise, although occurring, has been decelerating for at least the last half of the 20th century, and so the present trend would only produce sea level rise of around 15cm for the 21st century.”
Dr Brady said the divergence between the sea-level trends from models and sea-level trends from the tide gauge records was now so great “it is clear there is a serious problem with the models”.
“In a nutshell, this factual information means the high sea-level rises used as precautionary guidelines by the CSIRO in recent years are in essence ridiculous,” he said.  During the 20th century, there was a measurable global average rise in mean sea level of about 17cm (plus or minus 5cm).  [...]
The federal government has published a series of inundation maps [...] showing that large areas of Australia’s capital cities, southeast Queensland and the NSW central coast will be under water by 2100.
Without acceleration in sea-level rises, the 20th-century trend of 1.7mm a year would produce a rise of about 0.15m by 2100.
Mr Watson’s analysis of the four longest continuous Australian and New Zealand records is consistent with the findings of US researchers Robert Dean and James Houston, who analysed monthly averaged records for 57 tide gauges, covering periods of 60 to 156 years.
The US research concluded there was “no evidence to support positive acceleration over the 20th century as suggested by the IPCC, global climate change models and some researchers”.

See P.J. Watson, “Is There Evidence Yet of Acceleration in Mean Sea Level Rise around Mainland Australia?” in the Journal of Coastal Research.
See also our “No Acceleration of Global Sea-Level, I” and, at WUWT, “The battle over sea level”.
posted by Deadman at 08:07 1 comment:

In Nasif S. Nahle’s “Repeatability of Professor Robert W. Wood’s 1909 experiment on the Theory of the Greenhouse”, at Biology Cabinet Online, he demonstrates:

that the warming effect in a real greenhouse is not due to longwave infrared radiation trapped inside the building, but to the blockage of convective heat transfer with the surroundings, as proven by Professor Wood in his 1909 experiment.


Results mean epic fail for doom-saying cult and climate taxes.
Professor Nahle of Monterrey, Mexico, backed by a team of international scientists, has faithfully recreated a famous experiment from 1909 to confirm that the greenhouse effect cannot cause global warming.
Astonishingly, the 1909 greenhouse gas experiment first performed by Professor Robert W. Wood at John Hopkins University hadn’t been replicated for a century.  This despite over $100 billion spent by the man-made global warming industry trying to prove its case that carbon dioxide is a dangerous atmospheric pollutant.
The analogy had been that greenhouse gases (e.g. CO2) act like the glass in a greenhouse trapping heat in Earth’s atmosphere and if they build up (due to human industrial emissions) the planet would dangerously overheat.
At the Biology Cabinet laboratories Professor Nahle was able to confirm the astounding findings: Wood was right all along.  After peer-review the results confirm that the so-called ‘greenhouse effect’ is solely due to the blockage of convective heat transfer within the environment in which it is contained, i.e., as in this case, a lab flask.

The Impact of Wind-Turbines

See also “Throwing Money to the Winds”.  (Thanks to John O’Sullivan for the link.)
posted by Deadman at 20:32 No comments:

One of the world’s biggest liars, Albert “Götterdämmerung” Gore Jr., spying from his sumptious führerbunker his dreams of scamming the world ended by a sad deficiency of world-wide warming, as well as fewer tornadoes, fewer droughts, and fewer dupes of his apocalyptic doom-saying, has determined on a savage, reality-denying, youth-recruiting, ruinous, final effort to hoodwink the world into believing in his discredited CAGW conjecture of a trace-gas-induced Ragnarök.  (Any day now, perhaps, we might watch as he pins an Iron Cross to the tunic of a teenager who has removed all the incandescent light-bulbs from his parents’ house.)  Gore eructates:

The climate crisis is a reality, and we are seeing its impacts in extreme weather all around the world.  Using the same deceitful playbook as big tobacco used years before to mislead the public about the dangers of smoking, oil and coal companies and their allies are now deceiving the public about climate change.  They have nearly unlimited resources to sow doubt, but we have one critical advantage:  Reality is on our side.

We are not seeing particularly remarkable extreme weather, that’s a lie.  We here at Impact of Climate Change, for example, are not being funded by anyone, we have very limited resources, and we are not deceiving anyone.  Reality is not on Al. Gore’s side. 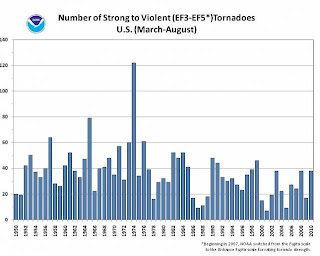 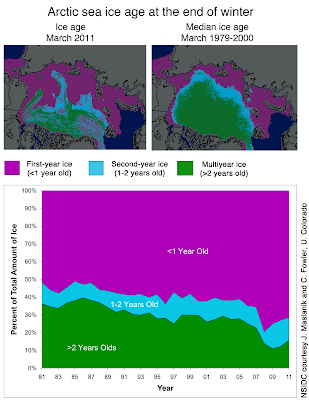 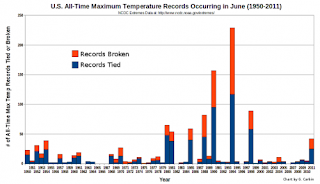 The Australian Government continues to lie about the dangers of climate change and continues to argue that the pseudo-scientific conjecture of catastrophic anthropogenic global warming has scientific support and continues to promote the foolish notion that a consensus among scientists constitutes proof.  According to “What the science tells us”, from the Government’s Office for the Propagation of the Faith:

The vast majority of scientists worldwide agree that the many different lines of evidence all point to the same conclusion: human activity has unintentionally turned up the global thermostat.  The release of large quantities of carbon pollution is making our planet warmer.
Carbon dioxide (CO2) is a natural component of the air we breathe and circulates in large quantities through natural processes.  Over the past century, the levels of this gas in the atmosphere have jumped sharply as a result of our activities, such as burning fossil fuels (like coal) and clearing forests.  Pollution from these activities has resulted in there being more CO2 in the atmosphere now than at any time in the past 800,000 years.
Climate change has been confirmed consistently by leading scientific organisations from around the world, including  [...]  Climate Commission – The Critical Decade[.] 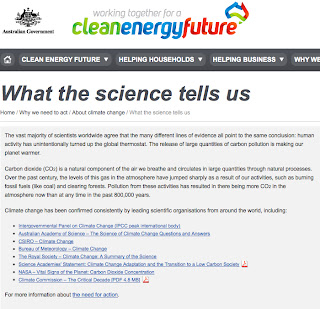 “The arrogance of global warming activists and their fellow travellers in politics is something I know well from the past. They wish to suppress truth, control the market, and dictate policy; and I, who have spent most of my time living under communism, feel obliged to warn against it.”—Dr. Václav Klaus

In a briefing paper for the Global Warming Policy Foundation, Andrew Turnbull outlines the manifold doubts, disputes and disagreements which exist about the IPCC’s key assumptions.
See: “The Really Inconvenient Truth, or ‘It Ain’t Necessarily So’.”

“There is no global temperature. The reasons lie in the properties of the equation of state governing local thermodynamic equilibrium, and the implications cannot be avoided by substituting statistics for physics.”
—Christopher Essex, Ross McKitrick & Bjarne Andresen in “Does Global Temperature Exist?”

The Utility of Labours:
There’s none so learned, wise or true,
who cannot learn of something new:
experience and age will shew
that much you trow you do not know;
what seem foremost to be correct
on testing you’d perforce reject.
—Demea, in Terence, Adelphoe, 855-58.